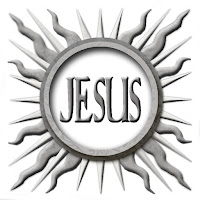 Community of Franciscan Friars of the Renewal
Community Office

With gratitude to the Most High God, the Blessed Virgin Mary, and St. Francis, and with heartfelt appreciation to our Holy Father, Pope Francis, the Franciscans of the Renewal rejoice on this day, December 8, 2016, for having received notice from Rome in being granted recognition as a religious institute of pontifical right. The decree was signed by his Eminence, João Cardinal Bráz de Aviz, Cardinal Prefect of the Congregation for Institutes of Consecrated Life and Societies of Apostolic Life, and his Archbishop Secretary, José Rodríguez Carballo, OFM, on 13 June 2016, Feast of St. Anthony of Padua.

The Franciscan Friars of the Renewal were founded in 1987, in the Archdiocese of New York, when eight American Capuchins desired a form of Franciscan life dedicated specifically to service of the poor and evangelization. The group was established as an institute of diocesan right by Cardinal John O’Connor in 1999. Currently, there are about 100 perpetually professed members of the institute serving in 10 dioceses and archdioceses, in six countries, committed to the mission of serving the poor and most vulnerable, and passionately preaching the Gospel in the New Evangelization.

The Holy See describes the Institute’s charism: “After the manner of St. Francis of Assisi, the friars seek to follow in the footsteps of Jesus, as a prophetic witness that life is a pilgrimage to the Father, of faith, hope, and love of God and neighbor, made possible by the Holy Spirit. They participate in Christ’s renewal of all things through their prayer, fraternal life, service of the poor, and evangelization, as a complement to the work of those whose mission is to serve parochially.”

Fr. John Paul Ouellette, the General Servant (superior), expressed his thoughts: “After having been nurtured so faithfully by the Archdiocese of New York throughout these years, most recently in the person of His Eminence, Cardinal Timothy Dolan, and now receiving this confirmation of our charism of renewal from our Holy Father, Pope Francis, we now commit ourselves ever more urgently and zealously to the living out of our consecrated life, in faithful prayer, devoted fraternity, and service to the most poor and needy among us. Please pray with us in praise and gratitude to God, on this special occasion, for his continued blessings on our Community and His Church.”