When I was 16 years old I wanted it all: to be athletic, intelligent, strong, attractive, genuine, funny, articulate and whole lot more.

Every one of these desires demanded my full attention.  They were the epitome of selfishness.  Depending on the day, I would start with the one directly in front of me—in other words, whichever was shouting the loudest.  To be athletic, I would throw myself into training like an Olympic athlete, organizing every moment of my day around improving the sport I was currently obsessed with.  To be attractive I would examine all my faults, both physical and mental, and devise a plan, effective immediately, on how to eradicate my imperfections. 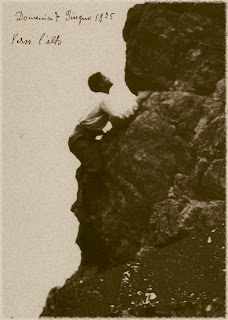 By the time I was 19 I made another important discovery:  my desires never quit.  If I “conquered” one, whether it was a sport, a book, an exterior quality, etc., there would be more lurking in the shadows, begging to be noticed.  If I could master throwing a curve ball, why not master throwing a slider and a changeup as well?  If I read everything by Ernest Hemingway why not read everything by John Steinback or F. Scott Fitzgerald also?

When any one of them began to take shape inside my heart, a voice from some mysterious place whispered, “I am what you need.  If you possess me you will be complete.”  I honestly believed each of them was like a key and if I could attain that key it would open up for me the happiness, peace and serenity I longed for.  Even though I played this game for several years, it took me a few more to realize an important component about this game: there is no end.  One either has to quit, which I believe is impossible, or go beyond them, to what I like to call our original desire.

A few weeks ago I was speaking with a childhood friend, somebody who watched me pursue these desires day after day.  Unlike me, he didn’t feel like his life needed an explanation.  In fact, he believed there was no explanation.  Life was just life, nothing more.  These desires were random occurrences due mostly to our social conditioning and genetic makeup.  After an hour or so of philosophical and theological debate together he simply asked me, “What then is the greatest thing Jesus has done in your life?”  Without hesitation I said, “He has organized my heart.”

Ever since the fall of Adam the human heart has been disorganized.  The answer is not just having all the necessary parts but having them in their proper place.  The strange thing is that we often hide, or at least attempt to hide, from the only One who can bring order out of our chaos.  “They heard the sound of the Lord God walking in the garden in the cool of the day, and the man and his wife hid themselves from the presence of the Lord among the trees of the garden” (Genesis 3:8).

This hiding on our part forces God to ask, “Where are you?” (Genesis 3:9) Despite Adam and Eve’s cleverness, and ours, God has not lost sight of them, or of us.  We have lost sight of God.  The question is meant to provoke in us a realization: there is only One who “formed my inward parts” who “knitted me together in my mother’s womb…when I was being made in secret,” and whose “eyes beheld my unformed substance” (Psalm 139:13-16).  In other words, God is the source of the human heart, and every desire, despite all its allure and glamor, is only a pointer back to that one true original desire, which is communion with its source.

As I began to read the New Testament and open my heart to Jesus this reality for me “took flesh.”  At first I was like the tax collector in the parable who “would not even lift up his eyes to heaven, but beat his breast, saying ‘God be merciful to me a sinner” (Luke 18:13).  Fairly soon, however, after experiencing God’s mercy so deeply, my prayer became a gaze fixed on the person of Jesus, and I too “sat at the Lord’s feet and listened to his teaching” (Luke 11:39).  This love that I encountered in Jesus began to consume my heart, pushing everything else, including those pesky desires, away from my heart’s center.  What at once I didn’t even know was possible was slowly beginning to occur: my heart was becoming organized.

The key, I believe, is not that my desires were extinguished, if that is even possible, but that they were organized.  Earlier I was hoping, at least subconsciously, that each one of my desires would reveal myself to me.  In other words, tell me who I was, because whether I liked it or not, I could not escape from my own hearts restless pursuit of that answer.  Being strong, athletic, smart, outgoing, articulate, and funny, however, wasn’t enough.  Finally, after much hesitation, I heeded the words of Jesus, “Come to me, all who labor and are heavy laden, and I will give you rest…for I am gentle and lowly in heart and you will find rest for your souls” (Matthew 11:28-29).

What did Jesus show me?  Namely, that he is my desire.  The point of our desires, I believe, is to reveal to us something greater, something beyond this world of space and time that contains not only our origin but also our destiny.  Regardless of who we are and where we have come from, nothing else satisfies.  It is simply our original desire.

What Does God Want? 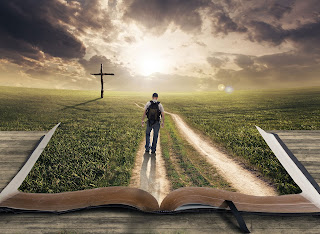