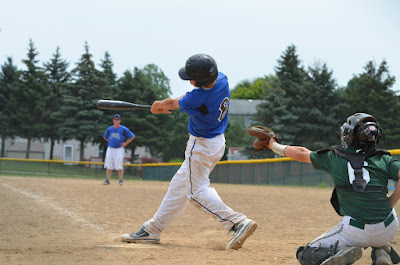 I can’t remember exactly how old I was, but as a young boy I asked myself an important question: who am I? It appeared, at least to me, like a natural question. After all, I thought, what was the point of living if you didn’t know who you are? In my childlike innocence, I assumed everyone was fascinated by this question and that most people were eager to discover the answer. Needless to say, I was thoroughly confused to realize this was not so.
Many people, I learned, lived on the surface of life. They placed their hope in things like social status, athletic ability, physical appearance, etc. to reveal to them who they were. I often heard people say things like, “I am a doctor”, “I am an honor student” or “I am poor,” implying a person’s real identity was something exterior. Ignorant of any other possibilities, it was here that began my own journey of self-discovery.
Almost my entire childhood was consumed by baseball. Every spare moment was spent, either working on my pitching in my backyard, or at batting practice in some field near my house. After experiencing a tiny amount of success, I witnessed a bizarre set of associations begin to unfold: people were identifying me with baseball. I was the pitcher on this team, who helped win this game, who was turning this team around. Somewhat stunned by such dramatic conclusions, I looked past the irrationality of it all and began to digest every word that was spoken about this mysterious person who everyone was identifying as “me.” I was a good pitcher, athletic and helping my team win games, hence, I was a baseball player.
As I entered my teenage years, my identity as a baseball player proved insufficient. My feelings, emotions and even my physical appearance was in a constant state of change. Due to these sudden and often times radical changes occurring both within me and without, I became terribly insecure and afraid. It was during this time of turmoil where I encountered the power of music. I would read the lyrics of different songs, particularly rock songs, and felt understood. I could relate to the singer’s pain, confusion and desire for love.
Within weeks of this new discovery, I was teaching myself how to play guitar. A few months later, much to my surprise, I was playing in a band with three other guys. Before I knew it, we were playing gigs on a regular basis and people had, once again, begun to talk. “I love the lyrics you write,” people would say. “You are a great bass player, how did you get so creative?” Enjoying the way all this sounded I believed them. I was creative, artistic, and a good bass player: hence, I was a musician.

By the time I entered college, baseball and music had become a distant memory. Not content with the notoriety, minimal though it was, that baseball and music had brought me, I began to explore a new world of intrigue: philosophy. I had no desire for a career, an impressive resume or academic honors when I began college. I was genuinely seeking wisdom, yet as more people discovered that I was a philosophy major, another strange occurrence began to ensue: people began to label me as intelligent, wise and even spiritual. Never considering myself as having any of those qualities I began to wonder if maybe these people saw something about me that I didn’t. Since I enjoyed the way these acclamations felt, I decided they were right. I was intelligent, wise and spiritual, hence, I was a philosopher.
To say that I was desperate to find out who I was would be an understatement. This question gnawed at me continually, and like many of us, I looked for the answer in all the wrong places. As good as these things are, I never was, nor will be a baseball player, musician or philosopher. Likewise people are never just their careers, social status, or health. Our identity always transcends the categories of this world. “You are no longer strangers and sojourners, but you are fellow citizens with the saints and members of the household of God” (Ephesians 2:19). Put even more simply the apostle says, “your life is hidden with Christ in God” (Colossians 3:3).
St. Paul’s message is clear. We belong to God. All the many roles and functions we might play in this world cannot add to or alter the identity God has imprinted within us. A wealthy man I met during a parish mission expressed it this way: “I am a Christian, but the role I play in this world is that of a doctor.”
Unfortunately, the temptation to find our true identity among the finite things of this world is always present. Often, when children leave home parents can experience an identity crisis since there are no longer any children to care for. After fulfilling such an important role for so many years, it is easy to identify oneself with that role. “I am a parent,” they might say, “what do I do now?” With no children to care for, they are forced to find a deeper answer to the question, “Who am I?”
Even now as a priest I am tempted to find my identity in the things of God rather than God himself. When I was a novice, a wise old priest used to say to us, “don’t inhale.” He was referring, of course, to any praise and admiration we might receive from preaching or by the witness of our religious life. He was reminding us, not that what was said was not true, but it wasn’t a complete picture. The danger is that by inhaling, i.e. believing what was said about us to be a reflection of our true identity, we would run the risk of attempting to solve the mystery of our identity without all the proper pieces. In essence, this priest was reminding us that the finite things of this world, good though they are, are incomplete and unable to reveal to us who we really are.
Over the past several years I have done a considerable amount of preaching, spiritual direction and writing where I have experienced being God’s instrument to bring healing, hope, and to awaken people to God’s love. In the midst of such “success” I am tempted to ignore the truth of God’s grace at work, and take, if not all, at least half the credit. “Yes,” a subtle voice says inside of me, “you are a great preacher, spiritual director and writer. This is who you are.” Thankfully, after so many failed attempts to identify myself among the things of this world, I am able to recognize exactly what this is: simply another case of mistaken identity. 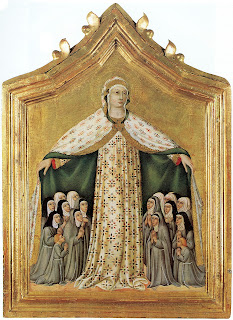 Hear a prophetic call for the Church in 2019 based on the Google Year in Search 2018 video. Goodness is worth searching for! We hear the Word of God our Father through the voice of the Church our Mother. Podcast by Fr. Luke Mary Fletcher, CFR. Listen to learn more!