A Scandal from the Beginning

The incarnation is a scandal.  The incarnation is messy.  God became man.  The Perfect One assumed imperfection.  The Immortal One died.  The Impassible One suffered.  The Unchangeable One submitted himself to change.  The All-Sufficient One had to eat and drink.  He who is the desire of all longed for his hour to come.  The source of all consolation wept, sweat blood, and cried out “my God, my God, why have you abandoned me?”  He who accepts all was rejected by his own.  The Faithful One was betrayed by his friend, abandoned by his disciples, and denied by his chosen successor.  The Eternal Judge of all was placed on trial and condemned.  The Omnipotent God collapsed in exhaustion.  Why?  Why this madness?

Because what Christ did not assume, he did not redeem.  To redeem the depths of our depravity the Lord Jesus had to stoop down to us and take it all upon himself.  Having assumed the whole of our humanity He redeemed it through His Cross and Resurrection.  Through Him humanity is transformed and restored to grace.  The end is beautiful, but the process is messy.  It was not a quick-fix.  In fact, it is still being worked out in each of our lives. 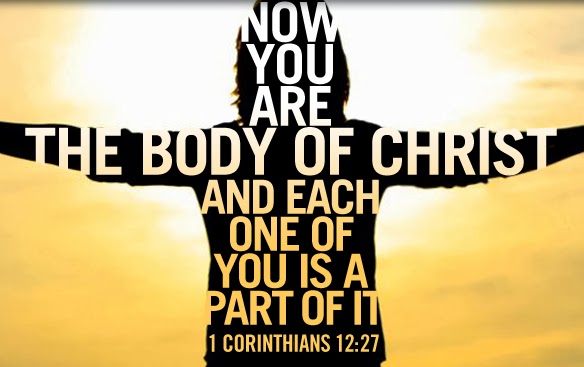 The Church is the continuation of the Incarnation, which is why it is called the “Mystical Body of Christ.”  The Church is the theater and locus in which we work out the drama of our redemption; the place where we receive the grace of salvation by becoming more and more conformed to Christ.  But, just like the Incarnation, it is messy.  The heavenly Jerusalem, the perfection of the Church, is spotless, without stain or wrinkle, but here on earth she is far from immaculate.  In fact, the her sins (which are our sins) often seem to efface her beauty; her sufferings (our sufferings) seem to out weigh her joys; her (our) defeats seem more numerous than her victories.  In this, she resembles Christ who, although he did not sin, bore the disfigurement of sin.  He suffered unjustly, died, and was “defeated.”  But his defeat was the greatest victory, the definitive triumph of good over evil.  His sorrows gave birth to the greatest of joys.
Thus, the sufferings and imperfections of Christ's Body on earth are not the end of the story.  Evil does not have the final word, because God's power is made perfect in weakness.  Sin is still sin, suffering is still suffering, weakness is still weakness, but if we unite it to the Cross then it is transformed into good.  Christ's darkest hour was actually the hour of his glorious victory.  The same can be true for us, his Mystical Body.
+ Br. Ignatius Pio Mariae, CFR
Bronx, NY
---------------------------------------------------
We need your help!
Donate here
Posted by Unknown at 8:35 PM